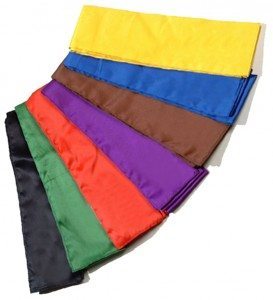 I get asked all the time “What are the shaolin kung fu sash levels?” It’s a bit of an unanswerable question. I’ll explain why.

Kung Fu Sashes are a fairly modern addition into China, since China opened it’s doors to the world at the end of the 1970’s, many outside influences started flooding in. One of these was the belt grading system that came from Japanese martial arts. Still to this day it is a rare thing to see. One styles that has adopted the Kung Fu Sashes in China in the Modern Wu Shu performance styles. Even these will wear sashes of a colour that matches their uniform to give the best look on stage. They wouldn’t really have a grading system to denote grade or ability. This would be done but achievements in competition.

Where would you see Kung Fu Sashes being worn

In order to see Kung Fu Sashes being worn for Chinese Martial Arts you need to look further afield. May instructors who have earnt in China and taken Kung Fu styles back to their respective countries are the one’s that have implemented Kung Fu Sashes into their classes. In the West our culture lends itself to small bitesize goals. The bel grading system suits us very well and the ‘pull’ of achieving a Black Belt is a big one and enough to kee many people training hard. Chinese Martial Arts instructors recognise this and have adopted, even though it’s not a ‘traditional part of the system they learnt in Cina.

Nowadays you’ll see many styles such as Wing Chun, Lau Gar, Hung Gar, to name a few, to wear Kung Fu Sashes. Not all styles use the same order as the Japanese Martial Arts. Not that there is one specific colour order anyway, but the Japanese styles tend to go from lighter colours through to darker colours ending with a Black Belt. As there was no direction for the source style, Kung Fu Sashes can be achieved in almost any order, it’s very specific to the style, but most people will end on Black but on occasion you’ll see instructor wearing a gold sash, being a very auspicious colour in China. 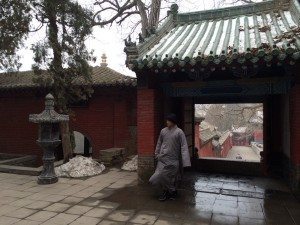 What are the shaolin kung fu sash levels?

So this brings us to the original question, “What are the shaolin kung fu sash levels?” One place you won’t see Kung Fu Sashes being worn is at the Shaolin Temple. Just Grey or similar colour robes. People are judged purely on their ability at the time and simply being constantly assessed by their teacher. The only sashes I saw being worn were by westerners who turned up toe train and donned their club uniform with theirKung Fu Sash. They soon realised very quickly that wasn’t the thing to wear and it disappeared pretty quick.

So the short answer to the question of What are the shaolin kung fu sash levels? Is there aren’t any, not in Shaolin anyway.

Martial Arts Belts Meaning and What each colour represents