There are many theories as to the beginnings of Ninjutsu history and development. Each Japanese historian has his or her own set of facts and beliefs, and it is difficult pinpointing a specific place, person, time, or set of circumstances that would be acceptable to all as the birth of the art. In all truthfulness, ninjutsu did not come into being as a specific well-defined art in the first place, and many centuries passed before ninjutsu was established as an independent system of knowledge in its own right. The people who were later referred to as ninja did not originally use that label for themselves. They considered themselves to be merely practitioners of political, religious, and military strategies that were cultural opposites of the conventional outlooks of the times. Ninjutsu history developed as a highly illegal counter culture to the ruling samurai elite, and for this reason alone, the origins of the art were shrouded by centuries of mystery, concealment, and deliberate confusion of history.

In the legends of the founding of Japan’s Imperial Family, passed on by word of mouth through the generations before recorded history, two ninja-like characters are credited with assisting the first emperor, Jimmu, in attaining a decisive victory. Jimmu was in combat against the troops of Iso Castle, and the battle was going against him. One night in a dream, the future emperor had a vision in which he was told to take the clay from Mt. Amakaga and mold it into a sacred vessel. Mt. Amakaga was a holy mountain that lay in the middle of the territory held by the Iso forces. Obtaining the raw clay became the symbol of Jimmu’s intention and resolve towards succeeding in the conquest of Iso Castle. Shinetsuhiko and Otokashi served their lord Jimmu by disguising themselves as an old peasant and his wife, and the two successfully slipped into the enemy territory, packed the clay, and returned safely. Jimmu then molded and fired a platter and bowl set from clay, offered them to the gods of fortune and went on to attain the victory he so strongly believed to be his destiny. The skills of ninjutsu were said to have been passed thereafter to Tennin Nichimei, Okume Mei, and Otomo Uji for further development and expansion. 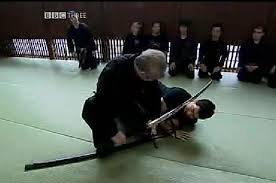 Among the ancient ninjutsu history documents that I inherited from my teacher are several scrolls that tell of Chinese ex-patriots who fled their native land to seek sanctuary in the islands of Japan. Chinese warriors, scholars, and monks alike made the journey to find new lives in the wilderness of Ise and Kii south of the capitals in Nara and then Kyoto. Taoist sages like Gamon, Garyu, Kain, and Unryu, and generals from T’ang China such as Cho Gyokko, Ikai, and Cho Busho brought with them the knowledge that had accumulated over the centuries in their native land. Military strategies, religious philosophies, folklore, cultural concepts, medical practices, and a generally wide scope of perspective that blended the wisdom of China with that of India, Tibet, Eastern Europe, and south-east Asia were their gifts to their newly-found followers in Japan. Remote and far flung from the Emperor’s court in the capital, the cultural ancestors of the ninja lived their lives as naturalists and mystics, while the main-stream of society became increasingly structured, ranked, stylised, and eventually tightly controlled.

As the passage of time continued to unfold the fabric of Japan’s history, the ninja and their ways of accomplishment, known as Ninjutsu, were always present behind the scenes of all the eras to ensure the survival and independence of their families and lands. In the regions of Iga and Koga, Ninjutsu became a special skill, refined and perfected by over seventy families, each with their own unique methods, motivations, and ideals.

Japanese history books, however, are curiously limited in their coverage and acknowledgment of the shadowy figures known as ninja. In textbooks even as recent as one generation ago, Hanzo Hattori, the head of one of the most influential ninja families in Iga and Shogun Ieyasu Tokugawa’s director of ninja, was referred to as “a bushi (samurai) from the remote province of Iga”. This hesitancy to openly acknowledge the ninja’s role in the forging of modern Japan stems perhaps from the glorification of the samurai concept and ethic that became very popular after the Meiji Restoration (1868). The Meiji Restoration abolished the samurai class and gave all citizens the right to affect social trappings that had once been reserved for samurai only. 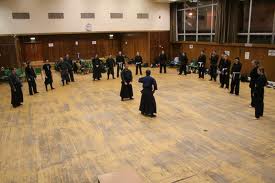 With this clouding of significant historical events and people, it is difficult for today’s Japanese people to understand the true purpose and ideals of the ninja. Exaggerated legends left over from the Tokugawa era, in which the Shogun’s ninja secret police were given supernatural powers such as the ability to disappear, walk across water, and read minds , confuse the story even more. As the world became more and more interested in the culture and then the martial arts of Japan, the distorted stories of the ninja found new audiences in the Western world over the past three decades.