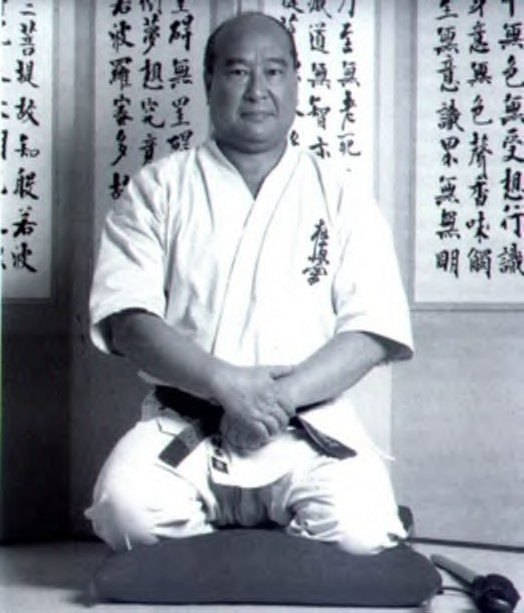 Kyokushin Karate started with Sosai Masutatsu Oyama was born on July 27th, 1923, in a village in Southern Korea. At the age of 9 whilst staying on his sister’s farm in Manchuria, he first learnt the Martial Arts, studying the southern Chinese Kempo form known as “Eighteen Hands.” In 1938 Mas Oyama traveled to Japan with the desire to enter an aviation school and become a fighter pilot, but he was forced to abandon his dream and find work. He continued practicing judo and boxing and his interest in Martial Arts led him to the dojo of Gishin Funakoshi and thus, he started practicing Okinawa Karate. With his dedication, Mas Oyama progressed quickly and by the time he was 20 years old he had obtained his fourth Dan. It was at this time that Mas Oyama entered the Japanese Imperial Army and began studying judo in the hope of mastering its holding and grappling techniques. When he stopped training in judo, after about 4 years, he gained a fourth Dan.

Following the defeat of Japan after the second world war, Oyama like all other young Japanese, was thrown into a personal crisis. He found a way out of his despair by training with So Nei Chu, a Korean Master of Goju-Ryu Karate. This great teacher, renowned for the power of his body, and deep spiritual inclination had a profound influence on young Mas Oyama. Master So taught him the inseparability of budo and the spiritual fundamentals of Buddhism. After a few years of training, Master So advised Mas Oyama to make a firm commitment to dedicate his life to the Martial Way and retreat to a mountain hideout and train his mind and body. In 1946, Mas Oyama went into training, at a remote spot, on the Mt. Kiyosumi in Chiba Prefecture. He was accompanied by one of his students named Yashiro and a friend Mr. Kayama brought them food supplies every month. Through vigorous training, Mas Oyama learnt to overcome the mental strain caused by solitude but Yashiro could not bear it and fled after 6 months. About fourteen months later Mr. Kayama told Mas Oyama that due to unforeseen circumstances he could no longer sponsor Mas Oyama’s retreat in the mountains and thus Mas Oyama’s original plan of remaining in solitude for three years was brought to an end.

In 1950, Mas Oyama began his famous battles with bulls; partly to test his strength and also to make the world sit up and notice the power of his karate. All together, Oyama fought 52 bulls, killing 3 instantly and taking the horns of 49 with knife-hand blows. Mas Oyama opened his first “Dojo” in 1953 in Mejiro, Tokyo. This was the time that Mas Oyama’s karate strength was at its peak so the training was severe. Many students were members of other styles and Mas Oyama would compare styles and build on his karate. He would take what he felt were the best techniques and concepts from any Martial Art and gradually fit them into his training; therefore, laying the foundations of Kyokushin Karate. 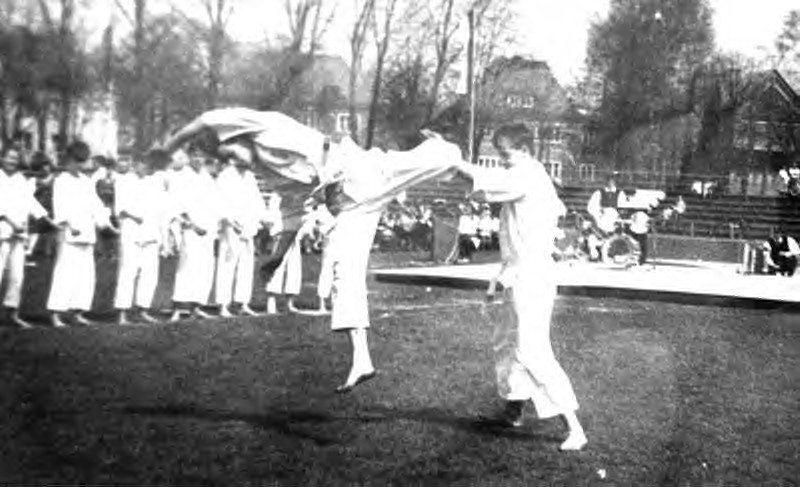 The first “School of Oyama” outside Japan was opened in 1957 by Shihan Bobby Lowe in Hawaii. In 1952, Mas Oyama gave his first demonstration in Hawaii. After the demonstration Shihan Bobby Lowe met Mas Oyama and arranged to train with him. Bobby Lowe’s father was an instructor of Kung Fu so he had done much training in the Chinese Martial Arts. He had participated in any fighting Art he could; by the time he was 23 he had earned his 4th Dan in judo, 2nd Dan in Kempo, shodan in Aikido but Mas Oyama’s powerful demonstration had stunned him. Mas Oyama invited Bobby Lowe to Tokyo to train with him and Bobby Lowe did and trained for over a year and a half. In this way Shihan Bobby Lowe became the first “uchi-deshi” of Kyokushin, a tradition that later grew to be known as the “Wakajishi” or Young Lions of Mas Oyama, where a select few are chosen each year to devote themselves to Karate for one thousand days.

The building of the World Headquarters started in 1963 and was officially opened in 1964. It was at this time that Mas Oyama adopted the name Kyokushin “The Ultimate Truth”. Kyokushin had started its spread around the globe and at present is one of the largest martial art organization in the world. It goes without saying that a style is only as strong as the students who represent it. This is why it is the responsibility of all those who have chosen to follow Sosai, to train hard and forge and indomitable spirit so that the tradition of strength in Kyokushin Karate may be recognized by all for many years.

It was with much sadness that in late April of 1994, the Kyokushin family across the globe learnt that its founder Sosai Masutatsu Oyama had died in a Tokyo hospital. He is missed by not only the masses who have followed in his footsteps but by the Martial Arts Community as well. His successor Kancho Shokei Matsui (8th Dan) was named by Sosai himself to carry on the task of building and preserving the name of Kyokushin. Kancho Matsui was born in 1963, and commenced his illustrious karate career at the age of 13. He quickly established a firm reputation for being a karate man of exceptional skill and ability, with a highly individual, technically superior style of fighting. He took the basics he learnt in the dojo, and through intense and dedicated training, he made these techniques work for him. Students around the world continue to try and capture some of the essence of Kancho’s style of fighting in their own training. His exceptional tournament record, over three successive years in particular, led Sosai Oyama to call him “a true champion”; in 1985, at the age of 22, he won the 12th All Japan Open Tournament; in 1986, he won the 13th All Japan Open Tournament; and in 1987, he won the 4th World Open Karate Tournament.

Additionally, in 1986 he succeeded in the 100 man kumite, achieving the highest rate of knockdowns and wins in this ultimate challenge, which only a select few have managed to complete. Ultimately, the stature of the man is confirmed in his designation as Sosai Oyama’ successor in Sosai’s last will, and he now heads arguably the largest karate organization in the world.