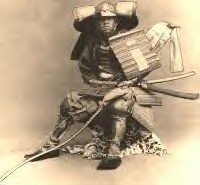 Jujutsu, or Ju Jitsu History is based on the empty-hand self-defense techniques of the Samurai warriors of ancient Japan. Samurai are the soldiers who serve for the clans of the nobles. Japan before 1868 is a feudal country, where each province is ruled by different clans. The main weapon of the Samurai are the bow, spear and sword (Katana). However, they also need empty-hand techniques, in case they were attacked when not carrying their sword, or when they lost their sword in the battlefield. Thus, they developed a huge array of techniques, for dealing with armed and unarmed attackers.

Before the Meiji Restoration and the Abolishment of the Samurai in 1868, every feudal clans need to develop their own martial art system, due to the constant warfare amongst the clans. Therefore, each clans has their own specific style (Ryu) of empty-hand techniques. Each Ryu has their own specific name (for example, Kitoryu, Daitoryu, Yagyu Shinganryu, Yoshinryu, etc), and employ different terms, for example: Kenpo, Yawara, Torite, Kumiuchi, Kogusoku, and many others. Thus, it is necessary to use a “catch-all” term, to refer to the empty-hand arts as a whole. In the 18th and 19th century, the Japanese began to call the empty-hand arts of the Samurai as “Jujutsu”, literally means “the gentle art” or the “art of flexibility”.

Jujutsu is called the “art of flexibility” because it does not rely on strength to defeat the opponent. It is opposed to rigidity, which lead into using strength against strength. Instead, a Jujutsuka would rather employ cunning strategy, that is, to lure the opponent to attack first. By utilizing the principle of flexibility, the Jujutsu stylist will make the opponent lose balance, then he will counter the attack with a throwing technique, striking technique or a joint locking technique. While there are many styles of empty-hand arts which bear the name “Jujutsu”, and there are literally thousands of techniques which are employed by the art of Jujutsu, the basic principles are usually the same. 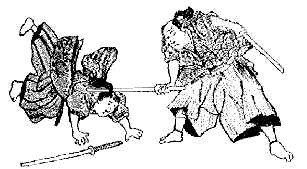 The ancient Jujutsu of the Samurai is usually called “Koryu Jujutsu”, or old style Jujutsu, to differentiate it with the modern style Jujutsu, called Gendai Jujutsu (literally: modern Jujutsu). All styles of Jujutsu which are founded after 1868 is considered as a modern art. However, it is widely acknowledged that even the most modern of Jujutsu styles still employ the similar principles and even similar techniques with the old style Jujutsu.

In the modern world, Police officers and military personnel are the ones who benefited the most from Jujutsu techniques. Jujutsu gave the option to either kill the opponent or simply arrest him. However it is wrong to think that Jujutsu only fits for police officers and soldiers. Jujutsu is also equally effective for civilian self-defense. And Jujutsu is also an excellent form of physical exercise. Many civilians has discovered the joys of learning the arts, both as a physical exercise and as a means of self-defense. Almost all countries in Europe, America and Asia has Jujutsu schools.

After WWII, Jujutsu schools became rare and forgotten, while the more modern martial arts of Judo, Aikido and Karatedo gained prominence. This is a tragic experience because Judo and Aikido was developed from several Jujutsu styles. But some individuals still preserve the original Ju Jitsu History, and in some cases even refine and enhance the art to fit the modern situations. Jujutsu stylists both in Japan and outside Japan worked hard to keep the art alive. Some schools of Jujutsu even developed new self-defense techniques to deal with modern situations, while some others developed ways to make Jujutsu a sport.

Brazilian Ju Jitsu - In the mid-1800's in Japan, there were a large number of styles ("ryu") of jiu-jitsu (sometimes spelled "jujitsu"). Techniques varied between ryu, but generally included… Continue Reading

Kodenkan Ju Jitsu - Professor Henry Seishiro Okazaki, founder and Master of the Kodenkan Ju jItsu and the American Jujitsu Institute of Hawaii, was born in the town of… Continue Reading

Nihon Ju Jitsu - In our modern society, however, Nihon Ju Jitsu has also become a Budo, integrating personality development as part of our goal, a deep respect for… Continue Reading

Small Circle Ju Jistu - The Japanese combat techniques of Jujutsu (also commonly known as Jujitsu and other spellings) date back at least 2000 years. The exact origins of jujutsu… Continue Reading

Taiho Ju Jitsu - Taiho Ryu Ju Jitsu has a complex history. In Japan, the MUROMACHI period (1333-1600) was a time of unrest and civil war, as a new… Continue Reading