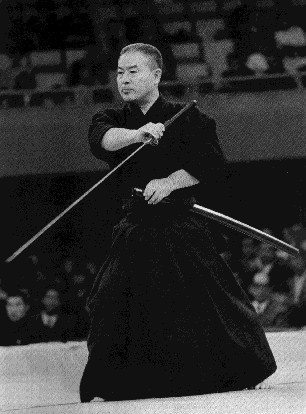 Iai-jutsu, the combined technique of drawing the sword, and in the draw attacking the opponent, has historically been considered a special case of Japanese sword-handling (Kenjutsu). Several traditions that date from the 15th and 16th centuries include Iai-techniques, this is the start of Iaido History. However, it is unsure whether such techniques were taught in an organized fashion until the Edo-period (1603-1868). Iai-techniques probably had low priority (and maybe even low status) mainly because there was little reason to use them on the battlefield, given that there was plenty of time for drawing the sword before the battle commenced.

It is widely perceived that a man called Hayashizaki Jinsuke Shigenobu is the originator of Iaido. The reason for this is that a large number of Iai-traditions count him as their founder. Not much is known about Hayashizaki, but some sources state that he was born in Sagami between 1549 and 1621. According to the Honcho bugei shoden (written ca. 1716), Hayashizaki came from Michinoku, and prayed to a divinity called Myojin in Hayashizaki. This document also states that Hayashizaki reestablished the popularity of Iai, meaning that he didn’t actually create it. The Bujutsu taihaku seiden (an Edo-period document) states that Hayshizaki practised swordsmanship intensively between 1595 and 1601. 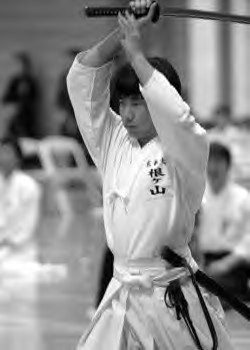 A story [8] has it that Hayashizaki was born to a samurai family, and that his father was killed in a duel. The young Hayashizaki vowed to avenge the fathers death, but knew he would need a significant advantage in order to defeat the killer. So he entered a local Shinto shrine, the Hayashizaki Jinja, and spent the next 100 days in prayer and practice to develop the techniques of drawing the sword and cutting the opponent in a single motion. As the story goes, Hayashizaki prevailed in avenging his father’s death, and his style of swordsmanship lived on.

Hayashizaki’s tradition, often called the Shinmei Muso-ryu Batto-jutsu, is the root of many other Iaido History traditions. For example, the Tamiya-ryu, Hoki-ryu, Shin Muso Hayashizaki-ryu and Muso Jikiden Eishin-ryu among others, are all descended from Hayashizaki’s Iai. For this reason Hayashizaki Jinsuke Shigenobu is considered the founding father of modern Iaido, even though the concept of Iai predates him.

The most famous of Hayashizaki’s students were probably Tamiya Heibei Narimasa and Katayama Hoki no Kami Fujiwara Hisayasu. They both made a name for themselves and founded Iaido ryuha of their own.

Tamiya Heibei Narimasa founded the Tamiya-ryu Iai-jutsu some time between 1570 and 1600. During the 17th century the ryuha was an official tradition within the Kishu Tokugawa, a branch of the ruling family of Japan during this time.

Katayama Hisayasu demonstrated Iai-jutsu in front of the Emperor in the year of 1610 and received the court-title Jugoinoshita Hoki no Kami. This man founded the Hoki-ryu Iai-jutsu and served the Toyotomi-family until it was destroyed in 1615.

Both the Tamiya-ryu and the Hoki-ryu are Iaido Koryu which still exists today.

Nakayama Hakudo is probably the 20th century’s most famous Iaido practitioner. Having founded his own ryuha, which went become one of the worlds most extant Iaido ryu today, he has had a profound impact on the popularity of Iaido. Nakayama Hakudo is portrayed more closely in the Muso Shinden-ryu section of this site.