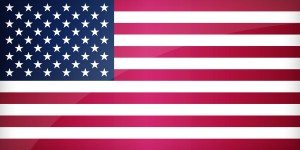 American Martial Arts first contact with Japanese martial arts most likely came from Japanese immigrants, especially after 1853 and the “opening” of Japan to the West. In the 1880’s, Jigoro Kano, a longtime student of the martial art of jujutsu, noted the decline of Japan’s ancient warrior traditions. He feared the loss of vital parts of Japanese culture and learning, and took steps to preserve the martial arts. He created the Kodokan, the “hall for teaching the way,” and his own style of martial art, judo (“the gentle way”). Judo is a composite of many different styles of jujutsu but is more of a sport than a system of combat. Kano’s hope was to make the martial arts fit the needs of modern times and therefore keep them alive. To preserve the old, he had to create something new.

Even though Chinese martial arts were probably brought to American Martial Arts with the first Chinese immigrants, they were largely unnoticed or ignored for decades, even centuries. Perhaps the main reason for this is that Chinese immigrants were viewed as a “fringe group” by the dominant culture in America. Interaction and cultural exchange between Chinese and white Americans was minimal when compared to that of other groups, and the problem was made worse by segregation and the Chinese Exclusion Act. Chinese martial arts grew and evolved in America while remaining almost totally untouched by non-Chinese Americans, setting the stage for their explosive growth in the 1960s.

American Karate - American Karate History is very unique. Karate Mainly made its way to America Officially by US service men who learned their chosen art from first… Continue Reading

American Kenpo - American Kenpo History started with it's creation with American Edmund Parker, three significant events are always cited in the development of almost every style of… Continue Reading

AMERICAN MARTIAL ARTS - American Martial Arts first contact with Japanese martial arts most likely came from Japanese immigrants, especially after 1853 and the "opening" of Japan to the… Continue Reading

Collegiate Wrestling - Wrestling has been popular throughout recorded history. Origins of the sport can be traced back 15,000 years to cave drawings in France. Early Egyptian and… Continue Reading

Jeet Kune Do - The Jeet Kune Do History started when it was created by the late Bruce Lee. Lee felt discontented with the traditional martial arts. He felt… Continue Reading

Kickboxing - The origins of kickboxing history can be found to date back two thousand years in Far East Asia. Kickboxing as we know it today developed… Continue Reading

Kodenkan Ju Jitsu - Professor Henry Seishiro Okazaki, founder and Master of the Kodenkan Ju jItsu and the American Jujitsu Institute of Hawaii, was born in the town of… Continue Reading

Lua - Secretly, in the dark of night, the ancient warriors practiced the deadly moves involved in the art of self defense called lua Martial Arts. It… Continue Reading