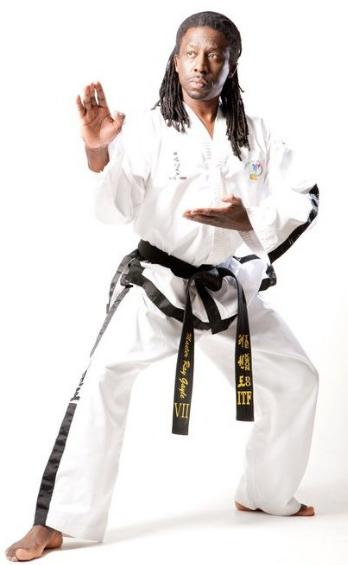 Phil from Enso: Master Gayle, Thanks you for having an interview, can you tell us a little about your martial arts background

Taekwondo Master Gayle: I actually started martial arts with karate before I did Taekwondo in the middle of the 70’s. I really enjoyed it, it was something that I always wanted to do but could never do it until I had the money to pay for it myself. Towards the end of the 70’s I saw a demonstration of Taekwondo and really it excited me at the time because it was unique, dynamic and there was a lot of movement, a lot of jumping and so on. There was also some shorter smaller guys as well, which matched my stature so I thought I’d have a go. Basically as soon as I started that was it, I was hooked. I dabbled with a few other things in between that, some Karate, some kickboxing and a few other things, but I always stuck with Taekwondo, I just loved it, it was the way that it just seemed to suit me.

Phil from Enso: As a Taekwondo Master, can you tell us about what keeps you interested in Taekwondo after all these years and what are you favorite parts of Taekwondo if you have any.

Taekwondo Master Gayle: I think now, I am in a different place in my Taekwondo career than as a younger person. I loved competition in patterns, sparring and destruction, and it was always my thing to do well in all those particular aspects of Taekwondo. I think the things that keeps me going now is seeing some of my students do the same. I’m still proud to see my students do well, travelling the world, competing, and also my motivation is to see PUMA do well now. I want as many of our members to enjoy their Taekwondo and compete on the world stage, not just about winning, but enjoying it and making friends all over the world like I did.

Phil from Enso: So you mentioned PUMA and I understand you’re the chairman of that association. I understand it regularly gets feedback from PUMA events about the strength of the organisation and some differences about how it sets it part from other associations. Do you have any thoughts about the ethos and how it affects it members.

Taekwondo Master Gayle: I think what we try to do in PUMA, is be as friendly and approachable as possible. And hopefully that filters down to everyone else. There is this thing with martial arts organisations that the members don’t really see a lot of the seniors of it’s organisation. They are always tucked away somewhere. I think the ethos for me is being approachable, speaking to all grades, some of our youngest students to some of the older students and trying to relate to them as much as possible. I think that is important, from my point of view I like to be seen to be doing things. I’m not really a person who stands around, giving out trophies. I like to get in there, get my hands dirty and I can’t ever see that stopping, although I lot of people say I should stop, but I don’t think I will.

Phil from Enso: You mentioned about the younger members in the association, what do you think are some of the benefits of Taekwondo for that particular group of people.

Taekwondo Master Gayle: Well, I think I can only use myself as a guide and certainly when I was a youngster coming up in Taekwondo, one thing I gave me was some direction in my life. Not that I was directionless, but think it gave me something to really live for and train for and look forward to. It certainly made an impact in my life, I was conscious about not drinking and not doing some of the things my friends were doing. My training was really important to me. So hopefully, some of the youngsters within PUMA can do the same, it can guide then as it has guided me. Obviously people do have to have fun, and I understand that but I think as a martial artist, if you take it seriously, you start disciplining yourself, because you know it affects your performance if you don’t. That’s what I’d like to see with the youngsters. 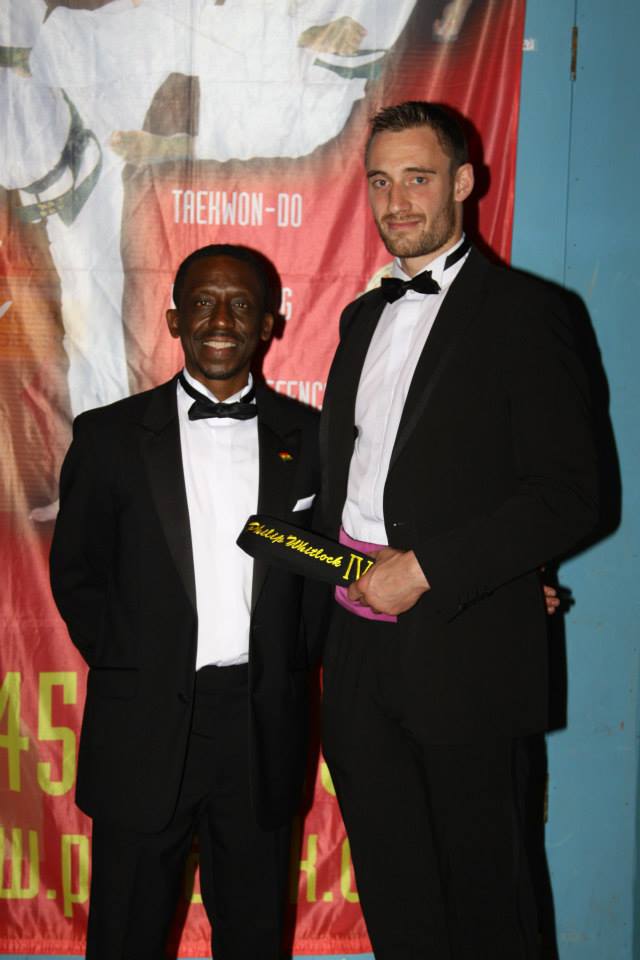 Phil from Enso: You are an 8th degree Senior Master, Chairman of your Association, you’ve achieved a lot as a competitor, for a lot of people there’s not much more to achieve. Do you have any goals for the future?

Taekwondo Master Gayle: Yeah, I still have a lot of Taekwondo goals, unfortunately I had a quite serious hip operation, which has really restricted my kicking but I’m determined to get back to a level where I am comfortable with my kicking and it has got better. I’d also like to see PUMA establish itself even further on the international stage. We have just joined back into one of the official ITF groups and we have got a team going to Jamaica very shortly, So Id like to see our members do well and be known as good competitors and also good sportsmen as well. That’s my hopes for the future, my motivation. I hope PUMA is seen as a good organisation, not necessarily the largest but certainly a good organisation.

Phil from Enso: Excellent, Thank you

Last question, if you could teach your students one thing, or they could take on thing from you training with them. What would that be.

Taekwondo Master Gayle: Well, that is difficult. I think one thing is tough. I think whatever they put in they will certainly get out I know that’s a bit of a cliché but I truly believe it. I think the trouble with today is people want rewards but they are not willing to work hard enough for them. If you say to someone try and practice everyday, try and train by yourself and do this, do that there are some that will do it, but unfortunately there are quite a lot that won’t. The people that don’t always say that the people that do are lucky because they can do this and do that. It is never lucky, it is always hard work, I would say whatever you put into your training you will certainly get out and certainly reap the benefits

Phil from Enso: Wonderful, thank you for your time Master Gayle

You can read more about Master Gayle and PUMA Taekwondo www.mrgmartialarts.com