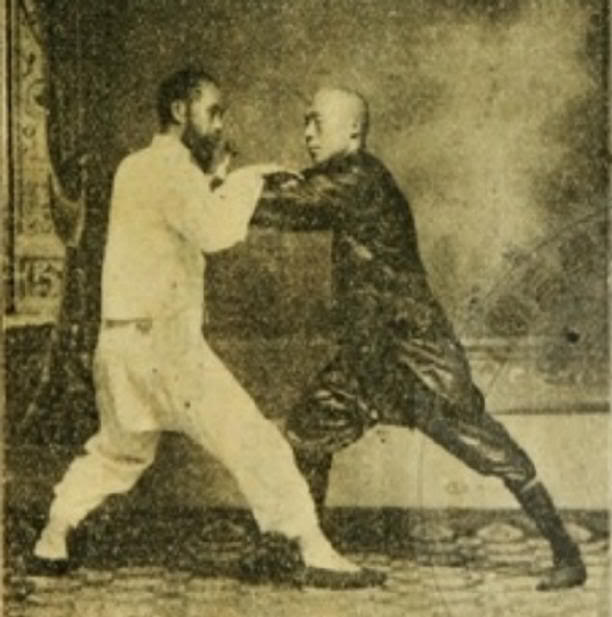 Tai Chi Push Hands (a.k.a. Pushing Hands, Tui Shou, Sensing Hands) is an exercise performed by two people who are attempting to improve their Tai Chi push hands skills. Practicing the Tai Chi solo form teaches one to remain balanced, focused and relaxed while in motion.

Only through the practice of Tai Chi Push Hands does one improve these abilities while in physical contact with another human being. To be balanced and relaxed while in contact with another person who is moving is a difficult task. Attainment of this ability opens the door to mastery of martial skill through Tai Chi Chuan.

Fixed and restricted step Tai Chi Push Hands can be described in the following way. Two people face each other at arms distance, both with the same foot forward. The forward hand of each participant is raised to approximately chest height with the palm facing in, and the back of the hand lightly touching the same part of the other player’s hand. The rear hand (the hand corresponding to the rear foot) is placed gently on the elbow of the other player’s lead elbow, so that both players are in an equal starting position. Feet should be comfortably placed so that each player feels balanced and stable from the start. 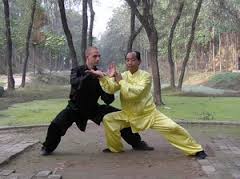 To initiate the exercise, each player cooperatively moves his or her arms, waist and legs in a circular pattern for three rotations, after which the significant aspect of the drill begins. After the third rotation, each player attempts to remain in light contact with the other player’s arms while at the same time remaining in perfect balance. A loss of balance can be detected by observing the feet of each player. A player who is pushed or pulled off balance will usually stumble out of his or her stable position and have to reset his or her stance to resume play. Players are permitted to put their hands on the other’s body to attempt to unbalance him or her, while at the same time following certain guidelines established at the start. Examples of such guidelines might include keeping the feet in place, not using brute force to unbalance the other player, not grabbing the other player with both hands at one time and not losing contact with the other player throughout the exercise.

Moving step Tai Chi Push Hands starts the same way, but the goals are different. The goal is to push your opponent out of a circle or to knock him down or both. (They are maintaining their balance and gaining a postural advantage over their partners and opponents.) 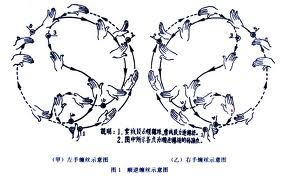