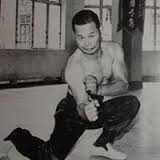 Nam Pai Chuan is a hybrid Shaolin Kung Fu style that combines elements of Judo, Wado Ryu and Tae Kwon Do. The name translates as “northern southern Fist” in Cantonese, because of its combination of northern and southern Chinese hand techniques, with its origin in the central Chinese style called “Fat Gar Kuen”.

This style was brought to Malaysia by Cho-Si Seh Koh San, who became abbot of the Siong Lim Temple in Singapore, and died in 1960 at the age of 74.

One of his students was Quek Hen Choon, who is famous for his demonstrations of Ying Qigong. The style was brought to London in 1979 by one of his students and founder of Nam Pai Chuan, Christopher Lai Khee Choong, and has since expanded to include many centre’s in the UK, Belgium, France, New Zealand, Japan, Australia and Malaysia.

References and sources for this Nam Pai Chuan Article

http://en.wikipedia.org/wiki/Nam_Pai_Chuan
The Way of the Warrior: Martial Arts and Fighting Styles from Around the World 15 Sept 2008
by Chris Crudelli