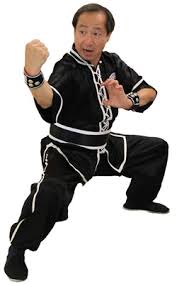 The exact origins of Choy Gar are unclear. The art is believed to have been developed during the 17th century from the rat style of Kung Fu, called “Cai Jia Quan”, as taught in the Shaolin Temple. Choy Gar was founded by “Choy Gau Lee” in Southern China and is one of the five main styles of Kung Fu. The style has progressed further by including Snake Kung Fu techniques. The art consists of low stances (Chapma) and footwork and is taught alongside a strict moral code that helps practitioners strengthen and mould their character.

Training consists of developing the physique of the practitioner by way of stamina, strength and flexibility exercises along with basic techniques. Lower body strength is required for performing the techniques correctly. The basic techniques of kicks, punches and blocks are utilised in different form combinations. Practitioners learn the forms in two ways, to the sides and to the front; and are required to perform it against the Sifu at a certain speed and without hesitating or stalling.

References and sources for this Choy Gar Article

http://en.wikipedia.org/wiki/Choy_gar
The Way of the Warrior: Martial Arts and Fighting Styles from Around the World 15 Sept 2008
by Chris Crudelli