The origins of kickboxing history can be found to date back two thousand years in Far East Asia. Kickboxing as we know it today developed under various influences. The first time anything resembling kickboxing was seen, was in the USA in the early 1970`s and was introduced as ‘Full Contact Karate’.

A new generation of martial art practitioner’s disillusioned with the traditional martial arts like karate wanted to experience full contact bouts fought to the knockout. In some of earlier tournaments the rules where unclear with no clear weight divisions. A good example of this was a tournament won by a very young Benny Urquidez, who weighing ten stone beat the fourteen stone Dana Goodson by pinning Goodson to the floor for more then ten seconds. The rules at the time allowed this! 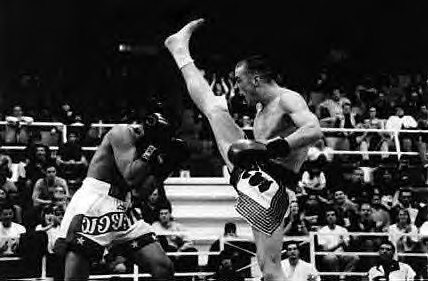 The development of specialised protective equipment and regulation came from a new controlling body, the PKA that also set a defined set of rules and clear weight divisions. Kicks were only scored if they landed above the waist. Kicking below the waist was considered a foul, of course today this is allowed under standard kickboxing rules, while above the waist kicking only, remains under the full contact karate rules. In September 1974 in Los Angeles, the first ever world championships of full contact karate were hosted. The bouts took place on mats (no ring) it was only late in the 1970’s that the sport moved into the ring. Initially there were only four divisions. The first World Champions where Jeff Smith, Isuena Duenas, Joe Lewis & Bill Wallace, some of whom became legendary figures in the sport.

In 1975, George Brukner created the first European amateur organization. This was named WAKO it soon became a very strong rival to the Original PKA group. Control switched from its German foundations to Italian Ennio Falsoni Who developed WAKO into the most highly recognised amateur federation of kickboxing in the world and it is still in the forefront today. 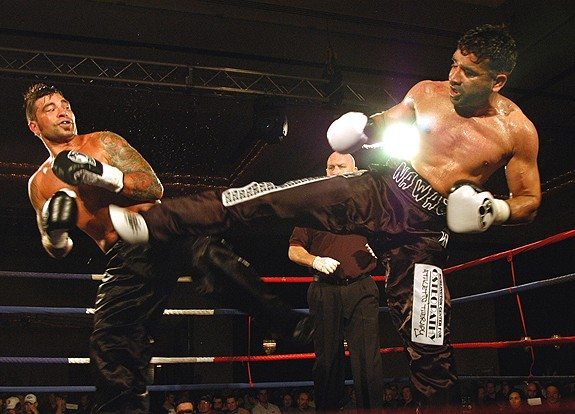 On July 1976, Howard Hanson, a Shorin Ryu Karate Black Belt and student Of Mike Stone founded the WKA (World Kickboxing Association) This Association had the foresight to develop it regulations to introduce low kick and champions such as Rob Kaman and Ronnie Green emerged to give this body prominence. Later in 1991 the WKA was sold to Canadian Dale Floyd who in turn sold it to British Paul Ingram. The WKA is still very active on a global basis.

On July 1986, ISKA was formed as a result of many legal problems within the PKA, the ISKA (International Sports Kickboxing Association) was Founded By Five promoters and PKA executives including Tony Thompson, John Worsley, Karyn Turner and Mike Sawyer. In more recent year the association has been headed by Oliver Muller, based in Europe, only to see the power base return to the USA under the guidance of Mike Sawyer.

In more recent years the IKF (International Kickboxing Federation) has emerged as a major Player based in the USA it has developed into a global organisation under the direction of Steve Fossum. Other world bodies are now emerging such as the German based WKU.