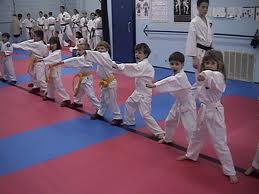 American Karate History is very unique. Karate Mainly made its way to America Officially by US service men who learned their chosen art from first or second generation Okinawan or Japanese masters. Many of todays American Okinawan karate pioneers includes (but not limited to) John Roseberry Sensei, Frank Van Lenten Sensei, Peter Musacchio Sensei, Peter Urban Sensei, and so on. 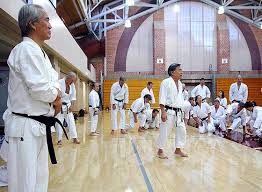 In the early 1960’s, Peter Musacchio Sensei , a returning American serviceman who had studied Karate in Okinawa started the first Karate class in the Central New York area, known as the Central New York Karate and Family Fitness Center. Master Musacchio produced many of todays most finest and famous karate instructors and competitors in the New York State Area. Musacchio Sensei, who is well known for his skills in self-defence, is known around the world as the Father of Upstate Karate.

It was during the late 1960’s and early 1970’s that Karate began to evolve into an American form. Many pioneers of American karate did what the Japanese, Chinese, and Koreans themselves had done years before. They took bits and pieces of different styles and molded them into a uniquely American system of martial art. It was at this time that different groups began springing up in the US.

The American Karate philosophy was popularized in the 1960s by such individuals as Bruce Lee, Joe Lewis and Allen Steen. Bruce Lee introduced a new way of practicing martial arts with his jeet kune do style and personal philosophy. Joe Lewis became a leader in full-contact fighting and Allen Steen is considered the grandfather of open tournament fighting in America. With American Karate philosophy came a change in the more traditional training methods to include boxing and judo techniques. Sparring was considered a more realistic method for practicing self-defense than traditional point-fighting and kata (forms). 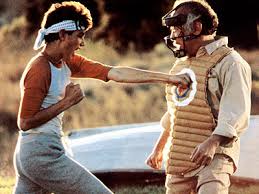 Current day American Karate utilizes blocks, punches, jabs, kicks, throws, joint locks, and breaks as an effective means for defending oneself (self-defense). Training in the American Karate style conditions a person both mentally and physically (mental discipline and physical fitness). Such mental and bodily preparedness fosters a confidence in one’s ability to face challenges both spiritual and physical in nature (self-confidence). True martial artists realize that through extensive study of karate, or of any martial arts style, the philosophy becomes an integral part of their existence and code of ethics. It is this philosophy that keeps the true martial artist from using his/her knowledge and ability for selfish reasons (never fight to achieve selfish ends).